Jonathan Azevedo and Charger are the man and Fido behind the brand Zen Dog Crate. Mr. Azevedo has tried very hard to make his efforts reach every pooch suffering from anxiety.

In 2006, Jonathan’s friend met an accident, in which he lost his vision. To help his friend cope up with the blindness Jonathan started inquiring about the communities that help blind.

During that period Jonathan came across a non-profiting organization which helped the blind candidates by giving the blind a service dog. That solution might have appeared to be fitting the requirements Jonathan expected for his blind friend.

Also, there Jonathan found a yellow Labrador named charger which dropped out before completing his two-year graduation at that organization. Jonathan got Charger after a few interviews.

The reason of Charger being dropped out of the graduation program was his anxiety issues. Charger got anxious due to fear of thunderstorms. However, this issue was the motive for Jonathan Azevedo to find a solution.

Not to mention that Jonathan tried to find the solution in every conventional way possible. He tried the restricting jacket, essential oils, Xanax type meds, and what not he states. Still, all the efforts went useless until 2014, when he decided to find an answer himself.

After which he began studying about the factors driving anxiety in animals, and which means provide anxiety relief to dogs. Adding to the fact, he identified the factors which increased anxiety in dogs. As well as derived a probable solution to the problem.

The solutions according to Jonathan included noise cancellation, security, vibration isolation, comfort, and low light exposure. In fact, by controlling these parameters we can deal decrease the anxious behavior in dogs. 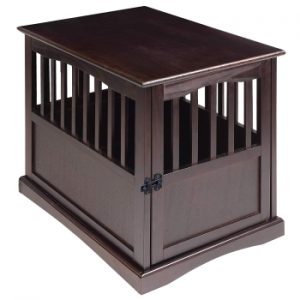 Although this post is about Zen Crate, we are sorry to inform our beloved dog parents that manufacturers of Zen Crate are currently not responding to either a query or a complaint from the customers and therefore, we do not recommend such a product to our readers anymore.

Instead, you can buy this gorgeous pine wood crate that is made using a combination Pine, Rubberwood, and MDF. This solidly built dog crate will not only add to your home-decor but will also make for a comfortable home for your dog. Though it does not claim any noise cancellation, it can surely be a peaceful home for your pooch!

The Concept of Zen Dog Crate

Moreover, the anxiety issues for the dogs seem to be incurable. If they are afraid of anything strange around them, then they will be afraid of anything they are uncertain of. Hence, the idea of creating a pseudo atmosphere for a dog suffering from anxiety might be the very solution.

Zen dog crate has many features which work in combination to deliver the results. However, the overall concept of the Zen dog crate is a to create a pleasant and stress-free spot for the dog. And to create such an atmosphere, we have listed the features below that Zencrate utilizes in combination. You have an option to check out our other recommended picks of quality dog crates popular among users.

More into a Collapsible Dog Crate?

NOTE: (Added on 03/28/2019) We don’t recommend this product. We tried to contact them multiple times. They are not reachable at the moment. Before you buy this crate, kindly try to contact them. If they reply to your queries, only then think of buying it.

Zen dog crate uses about eight unique and out of the box features to serve the purpose. Also, by using these eight features the Zencrate mobile app(available for Apple and Android smartphones) will notify you of the real-time status of your dog. In fact, you will get notifications from your crate if your dog is either excited or calm.

Zencrate has an algorithm which creates and plays a curated playlist depending upon many factors. The playlist music selection depends upon the dog’s mood, surrounding noises, light exposure.

Moreover, the program selects the tunes that deliver calming effects to dogs. Also, according to the makers of Zen dog crate, the music selection is backed with a well-researched domain. These tunes can alter the dogs’ behavior and ultimately calm them when needed.

As mentioned earlier, Zencrate makers have developed an algorithm which is responsible for feeding music to the playlist. Generally, that process depends upon the average dog’s psyche. However, the owner of the Zencrate can manually alter the genres of music at will.

Makers have installed a sensitive proximity sensor on the ceiling of the Zen dog crate. It identifies the wooden dog kennel is vacant or occupied. In addition to that, the sensor triggers two different components of the Zencrate simultaneously. It triggers the dog crate fan and the auto-playing music.

Therefore the crate is always well-managed and arranged when the dog is about to enter. Likewise, the Zen dog crate will stop the fan and music at the instance when a dog leaves (or escapes!) the crate.

The Zencrate doesn’t have any opening except the front door which makes the music sound better. This acoustic architecture makes the Zen dog crate better at resisting the outside noise from intruding.

Zen dog crate is more like a den than a crate. It has a front door which allows the dog to enter or exit the Zencrate all the time. The front door comes with an open face and not with the grated grill.

The design of the Zen dog crate thus restricts the outside noises to enter the crate except front door. Moreover, this design almost nullifies the loud noises which intimidate the dogs. However, that will not totally cancel the outside noises by itself.

The internal speakers and music will prevent the outside noises to be heard inside. Additionally, the volume variation also depends on this factor.

The legs on which the Zen dog crate stands are made up of vibration dampening rubber grips. It will not only keep the Zencrate floor raised above from the ground but also absorb shocks.

Moreover, the dogs get frightened and eventually anxious about anything they didn’t anticipate. In fact, the dogs get intimidated by their own shadow. However, this phenomenon is related to the sounds and touch senses.

Generally, the vibrations from the loud noises travel from various surfaces. Also, it can make some dogs anxious of any uncertain mishap. The lightning sound vibrations, excavator digging in the neighborhood, drilling, etc. all these vibrations could make some pooches anxious.

Dog crate bed is made up of memory foam and waterproof liner made of microfibers. The memory foam makes the dog crate bed more comfortable than the regular dog beds. It will not only make the experience better for the dog but also for the owner. Because ultimately the dog sleeping sound will make the parent sleep faster.

Adding to the fact, the memory foam is a soft resilient foam which adapts to the natural shape of the user. In fact, it will support the users’(dogs’) posture while them resting. It will save a lot of your money to look for an orthopedic dog bed separately.

Furthermore, the orthopedic bed will have better comfort and long-term benefits for the dog.

This is the best feature for pet parents who wish to have an eye on their pets. The surveillance camera sits right into the crate’s ceiling. You can use this feature to monitor your pooch while he is inside the Zen dog crate.

Moreover, it has a positive side to it as well as the negative. The camera will allow you to monitor the dog only when he is inside. Additionally, the text or email notifications serve you the same essential info on the status of your dog inside the crate.

On the contrary, you on the other end(at work) can hardly do anything instantly if your dog is in an emergency. You will have to learn about how the dog can have frequent uneasy moments in a day. However, the Zen dog crate is efficient enough to deal with those problems within a couple of minutes.

This feature is really helpful if your workplace nearby your home. Also, if you can allow a neighbor to help you in such situations giving him a spare key to your apartment.

Zen dog crate has all the three side walls completely sealing the crate. That will not allow any light exposure inside which is desirable. Sometimes, having a wide visibility and bright light exposure can make dogs anxious.

Yes, the Zencrate comes with internal battery support. It allows the electronics of the crate to function even after a power-cut. Every component of the Zencrate will keep working during the power cut situation. The dog crate fan, music tracks, proximity sensors, Wi-fi camera.

However, the only loophole in the system is its wifi cam. It can function on the battery but how will it connect to your smartphone if the internet is down due to the power cut. Moreover, all the other features will keep performing the tasks on battery until the power cut. Only you will not be aware of the happenings if your internet is down.

Once your house has the power supply back, electronics will start functioning on it as usual. Additionally, the battery set will charge upon the live power supply storing enough power to deliver during the next power cut.

Otherwise, you could use an emergency inverter to power the wifi router and a reliable internet supply. It will not only allow you to use the wifi camera during the power cut situations but also use the internet while you are at home during power cuts(pun intended).

The final word from our side is that you can go for this dog carrier if your dog suffers from anxiety. Not only he gets anxious about the loud noises but also because you leave for work leaving him alone.

This dog crate specifically focuses on making a dog relax while he is inside the Zencrate. However, that does not imply you can dodge any of the responsibilities towards your little champ. 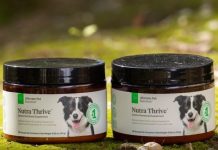 Can Dogs Get Coronavirus? As Reported by the WHO 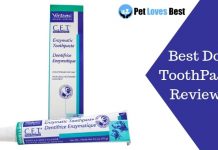 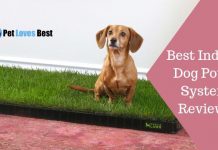