Fences are important when it comes to keeping a dog safe in your property. It is highly important to set up a fence so that your pet is kept off the road and all the risk it holds. Most shelters, rescue organizations and breeders do not approve adoption if you do not have fencing at your place.

The most common types of fences for dogs are the wired and the wireless dog fences. Based on several factors, these are the basic differences between the two.

A wired fence is the one which uses physical wires. The wires are placed around the edges of the allowed area. These wired could be buried underground or traveling above the ground.

The dog’s collar has a receiver which receives signal and beeps when the dog approaches the wire. If the dog continues to walk and attempts to cross the wire he receives a static correction which is of the very low-level.

This is a signal which would tell him to turn back. This way the dog will always remember the beep and will not attempt to cross the boundary.

The Wireless fences are basically electronic systems that prevent the pet from leaving your property or the yard. It consists of a transmitter and a receiver. The transmitter sends out signals which establish a boundary. On the other hand, the receiver consists of a small box which is placed on the dog collar. On leaving the established boundary, the receiver stops picking up signals and as a result, the collar beeps. This serves as a signal for the dog to return.

Both of these fences require training before your dog can be fully used to the fences.

Before we move on to the verdict whether to go for wireless of underground dog fence, here are some key difference for you to look at.

Size and Shape of the Property

The Wired system coves a much larger area compared to the wireless system. The Wireless system also might not be suitable for an area which has any kind of obstacles. It is rather suitable for areas which are free of obstructions and flat.

In such cases, a wired fence would be a perfect option as the wired dog fences can be made into any desired shape. It will readily take the shape of your yard.

The wireless fences are easy to set up. You only have to set the size of the yard and follow a few more steps and it is done. Also, it can be set anywhere at any given time.

As the wired fences require burying of the wires, it requires time and planning. It might take a few days to get your fence working.

A wireless system is handy and affordable. It costs roughly anywhere around $250 and $300.  If you have a smaller yard, then it might be great for you. However, people with a slightly larger yard may need two of these, thus increasing the cost.

The wired dog fence, on the other hand, is expensive. It could cost you as much as $500 for a large space.  This is because of the cost of more wires. The cost of installation is also an issue here.

The Wireless fencing systems are easily portable and can be relocated when desired. Only the change of the plug is required in such cases. However, the dog might need some training at first with the new location.

The Wired fence clearly requires more time and patience to relocate. With all the wires buried, it may not be a great idea. While moving, the transmitter is okay to relocate, however, you might want to leave all the wiring and install a new one at the new location.

If you are not sure whether you’ll be staying in the same location for long, or if you’re thinking of moving to a new location soon, then the wireless system would be the best for you and your dog. Moving a wired fence could be a tedious task, so a wireless system is clearly the winner here.

While the wired dog fence is much trusted the wireless ones may have some bad reputation when it comes to reliability. It may also show some problems in bad weather. The signal of the Wireless dog system may also be affected by obstacles and slopes. Trees and heavy electronic devices may also disturb the signal. The Wireless system is clearly for clear, flat terrains.

Talking about intensity, the wireless dog fence comes with a number of different collars and plug-ins. Depending on your dog’s hair length and thickness the intensity of the system can easily be adjusted.

However, on the other hand, the wired fences are much reliable. They hardly show any errors and is resistant to the weather and the terrain of the place as well. Most of the wired dog fences have a definite set intensity which cannot be changed. This means that both small and a large dog will receive the same intensity of correction. This is not recommended as the small dog may feel the correction strongly while the large dog may not be affected by it at all.

The Wired systems are difficult to repair as they are buried into the ground. It might take some extra time and energy when it comes to repairing a wired fence. Any break in the boundary wire will need to be repaired and that will be very time-consuming. Also, the batteries on the dog collar will have to be changed once in a while.

The wireless fence, on the other hand, is fairly easy to repair and maintain. It is almost maintenance free as it only consists of two components which are the transmitter and the receiver. Recharging and replacing the batteries on the dog collar will be the only maintenance from your side.

Choosing the right kind of fence is clearly one of the most important decisions for every dog owner. This is especially important if you have a yard and want to keep your pooch safe.

It clearly depends on your needs. If you are someone who has a yard with a boundary which may not be in a circular shape, or if you would like to customize the shape of your fence, then the wired system is for you. Also, if you have some trees or obstacles in your area then you should definitely prefer a wired system for your dog.

However, if your yard is not very large and in a definite shape, then you may like the wireless system more. Also, if you’re looking for a fence that you can use anywhere, then this might be perfect for you.

Both of the fences have their own positives and negatives and you should totally look for the one which suits your own and your pet’s needs. 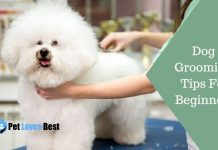 GPS and your Dog’s Health: Keeping its Medical Records 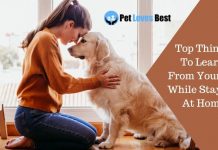