Barking, pulling the leash, chasing other animals/scents, being boisterous, etc. comes naturally to the dogs. In fact, during these activities, none of the dogs will listen to their masters’ commands. Therefore, getting a collar for your dog will help you a lot controlling the dog but remember to go for the perfect one to have the best results out of it.

What kind of collar is perfect for my dog? 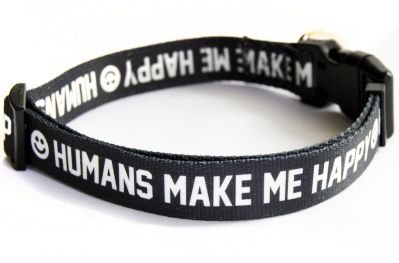 Dog collars are one those canine accessories which are inevitable to buy. A collar for your dog will be helpful for both of you in many ways. Firstly, the main purpose of using a collar is to control the dog’s movements during outdoor walks. Secondly, the dog can rely on the commands from his owner via the leash in the same manner.

In addition to that, the dogs have a sharp sense of smell which is far greater than ours. Hence, the dogs go restless when you take them for a walk outdoors due to the variety of scents.

The 10 Types of Dog Collars

We can many types of dog collars as well as the custom collars prevailing on the aisles of pet stores or made by small business homes. We have described all the dog collars which you can buy from the market.

Starting with the ‘cone of shame’ first, it is neither punitive nor comforting for the dog. Instead, this collar will keep the dog from biting everything he feels like. The Elizabethan collar should be small enough so that his muzzle just touches the water bowl or food bowl.

It will keep the dog in control without even paying attention to the dog personally. People even call it the cone collar or the cone of shame. It is even useful to keep the dog from licking his wounds. 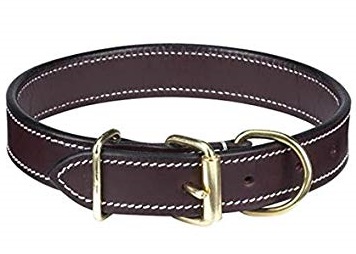 Coming to the most popular or essential dog collar which people have used. Moreover, you will not find any dog parent who has not experienced using the flat collars. All the doggie people have used this collar.

Further, the flat collars will have the leash ring at the rear of the dog’s neck. It is the most economical and best option for controlling the dog during a walk. However, this collar is not suitable for the pullers as the flat collar belt will directly transfer all the efforts to the dog’s trachea duct and neck. Nonetheless, it has the most elegant appearance compared to other collars.

Here we have the essential collar type which not only kills the existing parasitic infestation but also keeps it from coming back. The flea collars contain the parasite killing formula in it. A flea collar acts as a reservoir of the formula which starts spreading on the dog’s coat as soon as the collar gets in contact with his skin.

Having your dog wear this collar will be a great way to fight off the existing parasitic infestations. As well as, this method can be used for precautions too if the dog does not have any infestations. Because the flea collars will last for a half a year at least once you put it on the dog.

GPS dog collars help the owner to keep a track on the dog’s location. This type of collar is not suitable for indoor dogs. Because the GPS will only show the location of your house all the time.

On the other hand, this type of collar is very necessary for the guard dogs especially if they are escape artists. 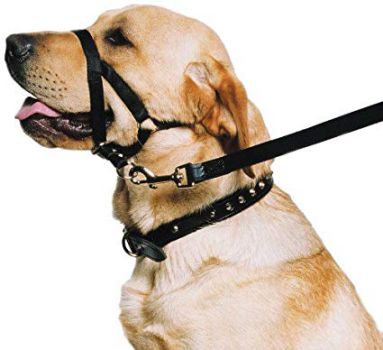 Here we have the dog no pull collar type which is useful for large pulling dogs. Generally, the dogs will keep pulling despite using every technique training them to heel.

The head collars, which helps you control the dog’s head which eventually drives all his body. It will neither hurt the dog’s neck, trachea nor keep harm him psychologically.

When we talk about the aggressive pullers, a martingale collar is a probable solution to the problem. The martingale collar has a double loop mechanism. Its bigger loop is the neck piece and smaller loop fits with the leash.

When the dog pulls the leash, the smaller loop points towards the leash and the bigger loop contracts. It will choke the dog until the instance he stops pulling. Hence, the dog will get to learn with reinforcement that his pulling causes the contraction.

Similar to the martingale collar, the prong collar has a double loop and contracting mechanism. Along with that, this collar will have inward pointed pins.

Therefore, the dog will get a severe choking effect when he pulls. The prong collars are useful for the large strong pulling dogs who do not obey the martingale or slip collars. 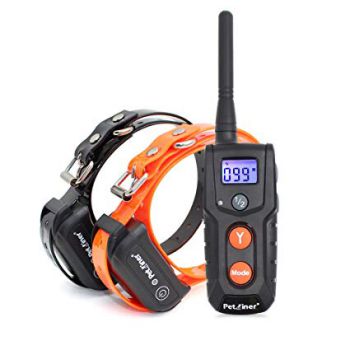 Shock collars or e-collar trainers are the taser collars which has the shocker unit on the collar. It will deliver an electric impulse to a dog which will deter him from either barking or misbehaving.

Generally, the shock collars will have the sensor with a microphone which triggers a shock when it detects the dog barking. On the other hand, the trainers will do the same along with having the remote operation.

Some collars either deliver a beep alarm or vibrating buzz as a warning prior to delivering the shock.

The slip collar is the strand with rings on its both end. You can easily make a loop where one of the rings will strangle the strand and another for the leash.

Hence, the loop will contract and expand when the dog will pull or relax respectively. However, this collar can affect the neck of the dog if the dog keeps pulling despite the choking effect. 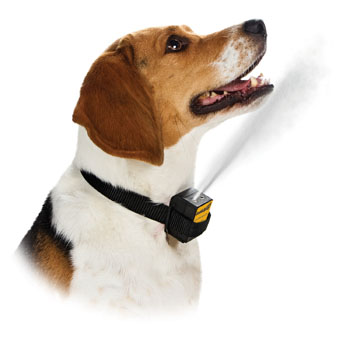 Lastly, the spray collars which spray a jet of citronella towards dog’s head to deter him from barking. Along with citronella some collars even use lime, salt, etc. as the active ingredients.

The spray collar also has the bark detecting sensors with a microphone which trigger a jet of spray. The spray collars are mainly useful for the dogs who can’t control barking.

These were the ten types of popular dog collars. We hope you find the perfect collar which will ease your efforts as well as relax your Fido.

GPS and your Dog’s Health: Keeping its Medical Records