Electric shock collars generate and supply an electric shock ranging from 100 volts to serious 6000 volts. To give a fair estimation, the power we receive from the regular/domestic switchboard is 240 volts.

In fact, the feline pets have to bear that shock for as long as 11 seconds. Hence, to address the issue of outdated training technique, the UK officials are making a move for animal welfare. Keep reading to know about the ban on electric cat collars and its current status.

About Ban on Electric Cat Collars

The issue of using the electric collar has two sides of the coin. Some of the pet parents have used such collars and seen positive results in training their aggressive pets. On the other hand, some people expressed about the agonizing punishment pets go through for the sake of training. The latter group believed using the punitive method is unnecessary especially in the period of advancement.

Many animal welfare organizations including the Royal Society for the Prevention of Cruelty to Animals (RSPCA) and Dogs Trust demanded the ban on electric cat collars and dog collars. The demand from various leads included the use of shock collar, chemical spraying collar, electric fence, or all of these.

Adding to the fact, Scotland, as well as Wales, had already banned the use of e-collars.

1. Proposal for the Ban

Looking at all the aspects, the authoritative bodies of England came together. Hence, they chose for a general public consultation and proceed with the collective results.

The Department of Environment, Food, and Rural Affairs(Defra) was responsible for conducting and collecting the votes. Also, preparing a detailed statics of the response received from people or organizations.

To say the least, the proposal asked to choose one out of the three possibilities.

A. No ban on the use of e-collar

B. Allowing the use of e-collars but holding owner responsible for misuse/mishappening

C. Banning the use of e-collar as well as holding the owner responsible for misuse/mishappening

Look for the results below, the response did not really go as per the expectations.

The Department of Environment, Food and Rural Affairs(Defra) collected responses of the consultation exercise. Defra collected the votes using Citizen Space Survey, by e-mail, and by post. Adding to the fact, the authority received a total of 7334 responds.

Proposal: Do you want a ban on either using pet shock collar or even lay responsibility laws for the owner while using it?

This was the data from the Citizen Space survey. About one-third of England’s voters responded in favor of implying the ban.

On the other hand, the only region which anonymously responded as a majority in favor of banning shock collars was Wales. Despite having a ban on electric cat collars use in Wales as well as Scotland, only Wales came as supportive to the cause.

Nevertheless, the data did happen to shake the authorities in a positive way. After which the authority declared positively for a ban on shock collars. In fact, they conveyed the possibilities of putting a ban on the electric fence containment. However, they did not mention the end dates of their ongoing review for the electric fence ban.

Hence, the overall results did not add up to the proposal of banning the use of e-collars. Yet, the officials levied more importance on improving the welfare of the pets especially the feline creatures.

To cut a long story short, the declaration in a press release(27/08/2018) assured of the ban on electric cat collars and dog collars to be inevitable. According to the plan, the ban eventually would motivate people to look for advanced pet training methods than using punitive e-collars. Additionally, the authority also declared of the ongoing review for banning the e-containment.

3. Declaration of the Ban

As we mentioned in the previous section, the authority released a press-note in affirmation of prohibiting the use of e-collar. In fact, the press-note mentioned the ongoing evaluation of the electric fence-containment.

Good to see @DefraGovUK ban use of shock collars on cats and dogs but won't go as far as @GovWales; @RSPCA_official wanted to ban fences as well – it will be kept under review

Apart from the press note, David Bowles also tweeted the same during that period. David Bowes, who heads the Royal Society for the Prevention of Cruelty to Animals(RSPCA) campaigns & public affairs tasks.

Although the Dogs Trust conveyed delight ness for the steps about to take place, it also urged to ban the use of the electric fence.

Here, we come to the most important part of the news i.e. if the rule went through the line or just vanished after the declaration.

Unfortunately, the implementation process has either delayed the legislative structure or development of parameters for this law is complicated. Despite heavy advertising and campaigning the ban on electric cat collars use or chemical-spraying collar stays in the pipeline.

Hence, shall we keep waiting or continue to urge the authority to act quick. Because it is about the dogs, and cats who are at stakes. Not to mention, pet training is never about punishing it is about positive enforcement and discipline. 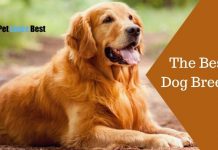 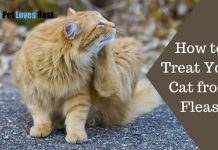 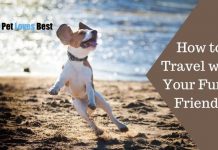